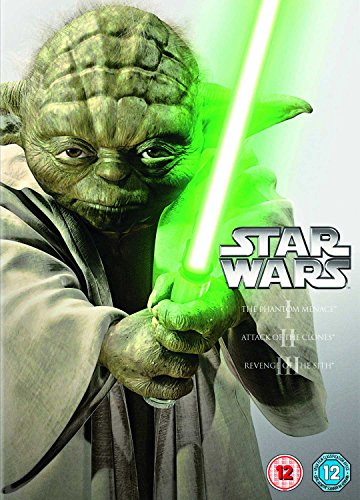 
UK Released DVD/Blu-Ray item. It MAY NOT play on regular US DVD/Blu-Ray player. You may need a multi-region US DVD/Blu-Ray player to play this item. Relive the nonstop excitement, thrilling discoveries and ultimate triumph of good over evil that make Star Wars such a great space fantasy adventure and the ultimate entertainment experience for every family.

The Star Wars Prequel Trilogy features:
Episode I: The Phantom Menace
Episode II: Attack of the Clones
Episode III: Revenge of the Sith.

The saga begins with young Anakin Skywalker’s descent to the dark side as he transforms from childslave to Jedi apprentice to Darth Vader, the most feared villain in the galaxy.