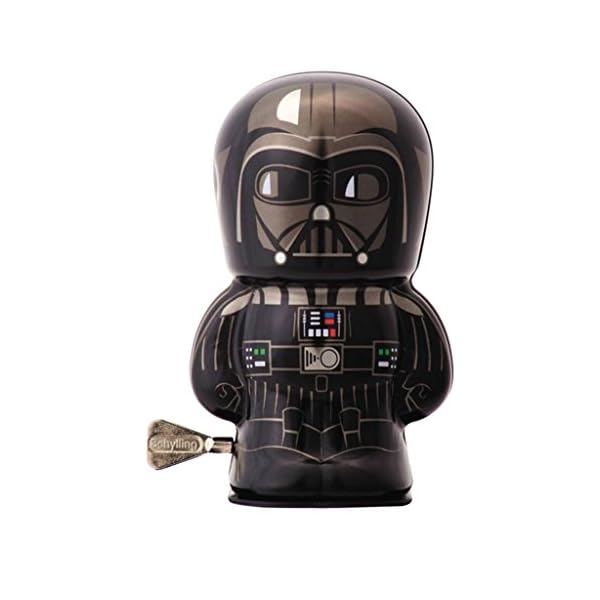 George Lucas’ incredible science fiction tour de force Star Wars has grace our screens since the early 1970’s. With an original trilogy that regularly gets seen as some of the greatest movies of all time, a set of lacklustre prequels and incredible Disney helmed sequels. It’s safe to say that STAR WARS is here to stay! A hugely detailed universe comprising of awesome characters, villains and heroes, alien races, vehicles, droids you name it! The cultural impact of Star Wars is enormous, each character name becoming ingrained into the consciousness of the worldwide masses. Names like Darth Vader, Luke Skywalker and Yoda are practically household names, and for good reason! With a never ending cavalcade of awesome films still to be released we simply cannot wait to be introduced to the new world, In a galaxy far far away.. With these awesome Star Wars Character Tin Wind Ups, you can emulate you own favourites every day! These 100 percent fully licensed Retro Style Wind-Up Star Wars Toys are modelled after either Han Solo, Boba Fett, Darth Vader, Chewie or a Stormtrooper, the choice is yours! Simply wind them up and watch them trundle along your workspace. Fantastic!
BeBot tin collectible figure with wind-up clockwork motor
Highly collectible Star Wars tin toy by Schylling
Each figure features authentic character detail as seen in the films
Each BeBot measures approx. 10cm tall
100% official Disney licensed Star Wars merchandise