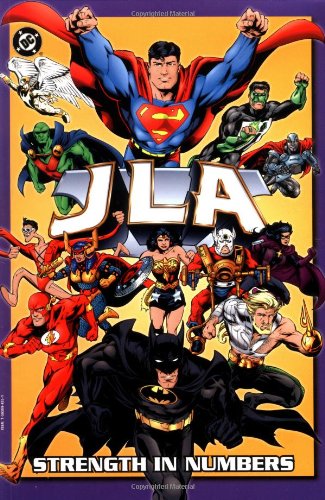 Written by Grant Morrison and Mark Waid; Art by Howard Porter, John Dell, and others With Superman, Batman, Green Lantern, Wonder Woman, the Flash, Martian Manhunter, and Aquaman as members, the JLA was made up of the greatest heroes in the universe. But as old foes create unholy alliances and new enemies attack out of nowhere, Batman realizes that the team must increase its numbers. Joined by such new allies as Plastic Man, Steel, Zauriel, the Huntress, and Oracle, a truly almighty team comprised of super heroes, aliens, gods, and monarchs prepare for battle against any and all threats.